KATHMANDU, Sept 29: Chinese Ambassador to Nepal Hou Yanqi has said that there will be a high level visit from China in near future.

Speaking at a reception organized on Saturday to mark the 70th anniversary of the founding of the People’s Republic of China, the ambassador said “Now we look forward the highest level visit from China, and I believe that more high-level visits will drive bilateral relations between China and Nepal to enter a fresh development stage from a new historic starting-point.” However, the ambassador did not divulge the name. 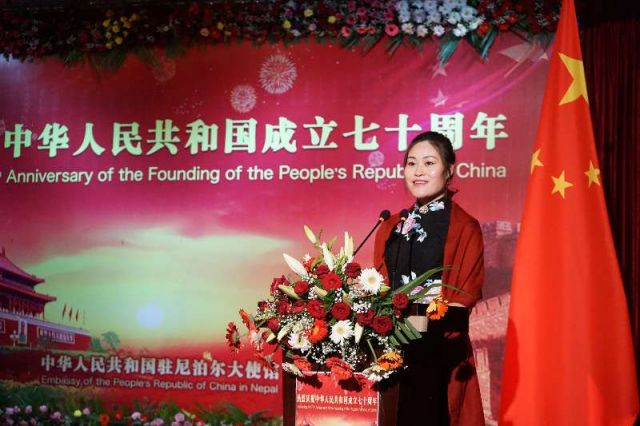 Hou’s remark comes at a time when the two countries are intensifying preparations for Chinese President Xi’s planned visit to Nepal in mid-October. However, the two sides have yet to make public the specific dates for the much-awaited high-profile visit from the northern neighbor. The Chinese president is expected to visit Nepal next month after a hiatus of 23 years.

To welcome Xi to Nepal after his five-day state visit to India, Nepali authorities have quietly expedited the preparations. President Xi is likely to land in Kathmandu on October 15 after having a bilateral meeting with Indian Prime Minister Narendra Modi in India.

The last Chinese president to visit Nepal was Jiang Zemin in 1996. And there was no other high-profile visit since until Wen Jiabao, the then Chinese premier, came to Nepal in 2012.

During the event, the ambassador also mentioned that the two countries have reached many important consensuses on developing traditional friendship between China and Nepal, enhancing Belt and Road cooperation, building trans-Himalayan Multi-Dimensional Connectivity Network during recent exchanges of high-level visits including President Bidya Devi Bhandari to Beijing in April.

While highlighting the socio-economic progress made by her country in the past 70 years since the founding of the People’s Republic of China, the envoy said “The past 70 years not only witnessed the great development of China, but also China’s achievements to make friends and promote the mutual-benefit international cooperation.”

For the past 70 years, China continued its efforts to safeguard world peace, contribute to global development, and uphold international order and played an active role in international arena, she added. 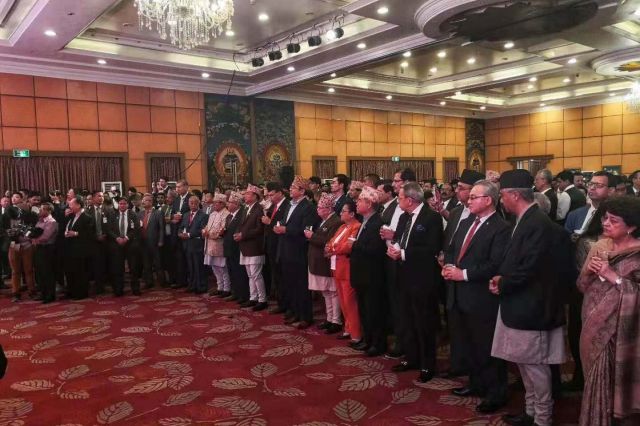 Chinese President Xi Jinping proposed the initiative of Belt and Road in 2013 to further enhance the economic partnership with relevant countries; she said adding that China has signed cooperation documents with more than 160 countries and international organizations so far.

“Last April, the second BRI Forum for International Cooperation was held in Beijing. Over 6000 guests from 150 countries and 92 international organizations attend the program and achieved a result list of 283 projects.  Enterprises from China and other countries have signed cooperation agreements worth more than 64 billion dollars.  The BRI has injected new growth momentum to the development of China and the world,” she added.

The momentum of high-level visits between the two countries maintains strong and the exchanges and cooperation between government ministries, departments, legislatures and political parties at all levels have been increasing, the ambassador observed.

“The two sides are working together to promote practical cooperation under the Belt and Road Initiative, enhance connectivity, encompassing such vital components as ports, roads, railways, aviation and communications and build trans-Himalayan Multi-Dimensional Connectivity Network,” she said.